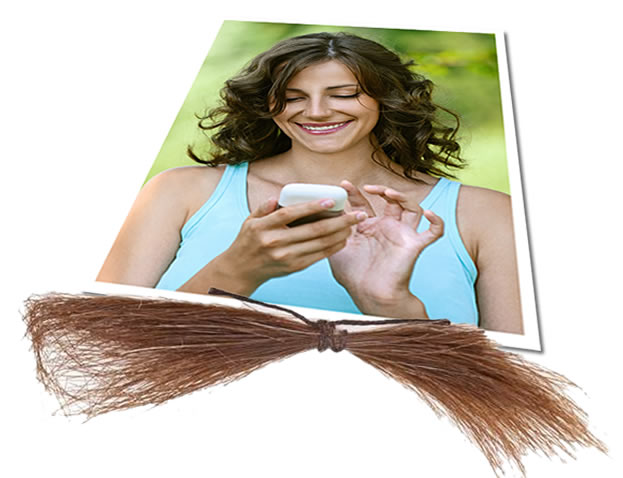 What is a Remote Session?

The Teslas Light Chamber has the ability to work with Energy, Frequency and Vibrational Healing at Long Distances.

The Teslas Light Chamber direct its unique Neutrino’s at in-person and at a distance, remotely.  Its extra-sensory faculties are amplified by placing a personal physical item such as hair and a photograph of the person or animal in the centre of it device. A snippet of hair from the person or animal acts as an antenna and is the link between the Teslas Light Chamber and the individual.

Everything you need to know about remote sessions and how they work.

Using hair as an antenna

Did you know Crystals have the power to receive and transmit energy waves? The earliest radios used quartz crystals and were called “crystal sets.” The main composition of quartz crystal is silicon. Silicon is also a key mineral found in hair, and undoubtedly contributes to its antenna ability. It is no accident that silicon is also the most essential component of computers.  Silicon enables computers to have mind-like properties including “memory”, it is also an important mineral found in the brain, which is the connection to the mind.  It’s silicon that gives an iridescent sheen to some fruit such as strawberries and cucumbers. It is also found in whole barley and oats.

The Teslas Light Chamber operate on principles based on Quantum Physics, and subtle energy auric fields undetected by the normal senses these support life and are essential for life’s functioning.  Teslas Light Chamber discover higher dimensional energetic disturbances underlying pathology and encourage the reappearance of normal energetic fields supporting health.  They do not replace nor interfere with other forms of medical care, but supplement them.

The Teslas Light Chamber tends to open the thought patterns of the individual to a higher vibration helping you to make better choices in your life. CEOs, Business operators, Sports people and Politicians and those who depend on making good decisions may find their decision making improves.  It may also enhance relationships by improving co-operative thought processes between people.

Working over long distances this modality is based on the understanding that every person’s energy patterns, frequencies, signatures, vibrations or rhythms are as unique to them as their fingerprints, and every part of their body, down to the cell level, reflects these ‘vibrations’. When illness, injury, infection, stress, pollution, malnutrition, or poor hygiene cause these patterns to become imbalanced or interrupted, then the energy is altered. This altered energy pattern can be read and adjusted by the Teslas Light Chamber via its unique Neutrino’s frequencies in-person or remotely to help restore your flow of energy.  The effectiveness of the Teslas Light Chamber appears to be independent of the distance between its location and the person it is working with. The person can be in the Teslas Light Chamber, or can be in the next room or a long distance away.

The Teslas Light Chamber work at a deep spiritual level by tapping into dimensions that are beyond the Physical Plane. In these higher dimensions the origins of all experiences in the Physical Plane are thought to originate.  The basic theory and practice is the concept that man and all other life forms share a common ground in that we are all bathed in electro-magnetic and other energy fields not only of the earth but of the entire Universe called Ether or Morphic Fields and that each life form has its own electromagnetic field which, if sufficiently distorted, will result in disease of the organism.

The Teslas Light Chamber may be of value in situations where conventional medicine has little to offer and can be helpful in a wide range of conditions and surprising situations including Animals, Soil and Crops.  The Teslas Light Chamber is also a useful supplement to other complementary and Subtle Energy therapies especially Homeopathy, Acupuncture and Reiki. It can work with any type of illness through the auric fields, although medical emergencies and life-threatening illnesses or injuries should always be treated by a medical doctor.

The beauty of the Teslas Light Chamber is that it is non-invasive. The Light Chamber can be used to compliment other forms of therapy, and their efficacy is such that they form a complete system of healing in their own right. They seem to know at what level to work with you on, Physical, Emotional, Spiritual or all three. This is why they opens the thought patterns to a higher vibration helping the person to make better choices for their lives.

Often during or after a session unexpected emotional factors in the subjects thoughts may show up and give a clue to the underlying cause of an illness. At first this might create a slight aggravation for the person as they believed they had dealt with a particular situation/s. The aim of the Teslas Light Chamber is to isolate the factors preventing energy balance,  prioritize them, and then embark on assisting the correction or “balancing the person” with the needed frequencies.

The Teslas Light Chamber can be supplemented by adding other balancing energy patterns. You may add essential oils, the signatures of homeopathic remedies, colours, flower essences, gem elixirs etc.  A word of caution this should be done only with an in depth knowledge of the persons, animal or situations needs and by an experienced practitioner.

One of the cardinal Quantum principles is “Interconnectedness”.  The nature of the energetic processes in the Teslas Light Chamber is not yet fully understood, but there is now ample evidence that we are all linked in some way at higher levels and dimensions of the Universe.  At least ten dimensions have been theorised not only by physicists such as Dr William Tiller, Dr Ervin Laszlo, Dr Dean Radin, Dr Glen Rein but by ancient wisdom including Kabbalah.  It is believed that some of these levels are engaged during any kind of Subtle Energy practice and even in cooking, eating, sex, dance, singing, chanting.

The Teslas Light Chamber energy balancing is not so much directed at the physical reality of the body, but rather at the invisible energy matrices which are believed to lie behind it. Some consider these higher dimensions to be the truer realities and the Physical Plane to be metaphorical illusory shadows.  The Teslas Light Chamber appear to act outside of the normal space-time matrix, as do ‘non-local’ interactions such as the “Einstein-Podolsky-Rosen Experiment” described by modern physics.

One of the great things when you use only the Teslas Light Chamber is you do not need the input of a therapist or a practitioner to tell it what to do or how to work. This makes it very unique in the alternative healing world. Unfortunately many people who work with energy healing modalities often die prematurely of the same conditions they specialize in treating.  Many other healing practitioners and psychics have encountered unfortunate fates related to financial, health, legal, relationship or other issues in their clients.  Thankfully this is not an issue with the Teslas Light Chamber.

Gatekeepers are the people who own a Teslas Starhenge or Light Chamber and are trained to assist people in their use.  Their shared aim is to restore the energy balance of people, animals, plants and the soil wherever in the world that need exists, and with no depletion of material resources.

It is recommended that you have at least five sessions in the Teslas Light Chamber whether it be in person or remotely. This can be spread over two to five weeks. We have found five sessions over three weeks is the optimal time. Overnight remote sessions are possible as well but may invoke a lot of dreaming while sleeping.

For an energy balance from a distance we need: a photograph with the person’s signature and date of birth written on the back of it, a lock of hair (30 strands or more) at least an inch or 25mm long. The hair needs to be placed into an envelope and sealed with the person placing their full signature on it with their date of birth. If your hair is cut by another person please ensure it fall directly into an envelope without them touching your hair. If you are cutting your hair yourself you can touch it.  Once you have the envelope and the photo please wrap in in aluminium foil and give it or send it to the Teslas Gate Keeper with your payment and the dates you would like to have your sessions.

Getting the most out of your Sessions

Wearing a Teslas Personal Pendant is strongly recommended as this will enhance and harmonise your personal energy field 24/7. It is also recommended to have the Teslas Phone tags on your mobile devices as the Electromagnetic frequencies that these devices put out when in use disrupt the electrical fields of the membranes of our cells.

In the case of Animals you do the same as above except you need to write their details on the envelope and photo.

When you want to balance a property or clear the energy of a house you need a photo with the address details and a little bit of soil if possible in an envelope.

Cure to all ills?

Is the Teslas Light Chamber going to fix everything?

No. But it may help you to change the way you think, and you may find it helpful balancing your energy patterns with addictions, emotional issues and other things you don’t know you have. For more information contact Wendy Kropf on 0415 555 020